Below we are going to outline the 2022 Capita snowboards lineup.

Then we'll look at each board and put them into the categories where I see them fitting best. 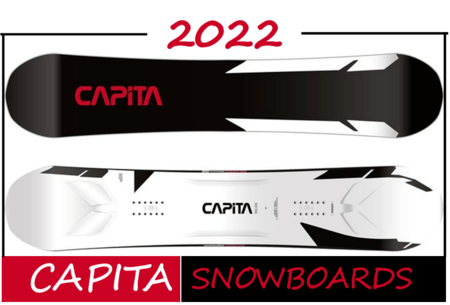 All 2022 Capita Snowboards by Category

Below, I have categorized Capita's 2021-22 snowboard lineup. This is according to the categories here at SnowboardingProfiles.com and are not necessarily the same as how Capita might label them.

So there you have the 2022 Capita snowboards.

A few new boards, with the Mega Merc and Pathfinder (camber version) being the most notable additions.

The most notable relegation was the Supernova.

Some other changes to existing boards:

I was privileged to be able to test a good number of 2022 Capita boards and I'll release my reviews for those through the year.